Agastock 2017 is around the corner! 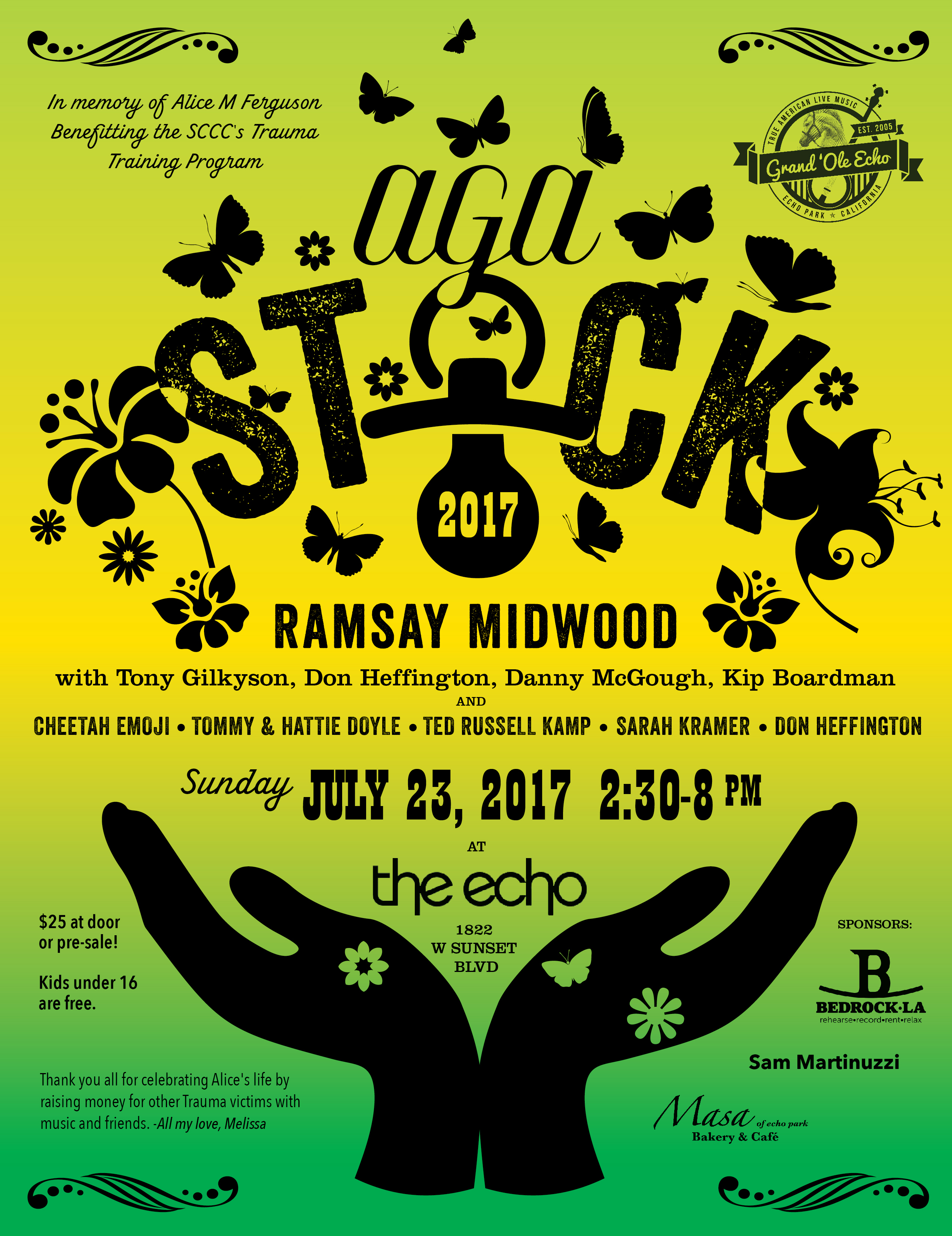 It is our great pleasure to announce that the 4th Annual Agastock concert is around the corner!

Agastock is an annual benefit concert produced by Melissa Monroe to celebrate the life of her two-year old daughter, Alice Ferguson, who died of Sudden Unexplained Death in Childhood in August of 2013.  This is the fourth annual concert, as well as the fourth anniversary of Alice’s untimely death.  Melissa credits SCCC’s Trauma & Resiliency Training & Services program with helping her get back on her feet after such a sudden and devastating loss.

Melissa posted a moving video to her website providing insight into her decision to host the Agastock Music Festival.  In the video, she describes the tremendous impact EMDR (Eye Movement Desensitization and Reprocessing) therapy at the Southern California Counseling Center had on her.

SCCC is humbled and honored to be named as beneficiary to such an incredible event.

Purchase your tickets to Agastock 2017 here.

If you are unable to attend Agastock, but would like to make a donation in memory of Alice, click here.

No Replies to "Agastock 2017 is around the corner!"